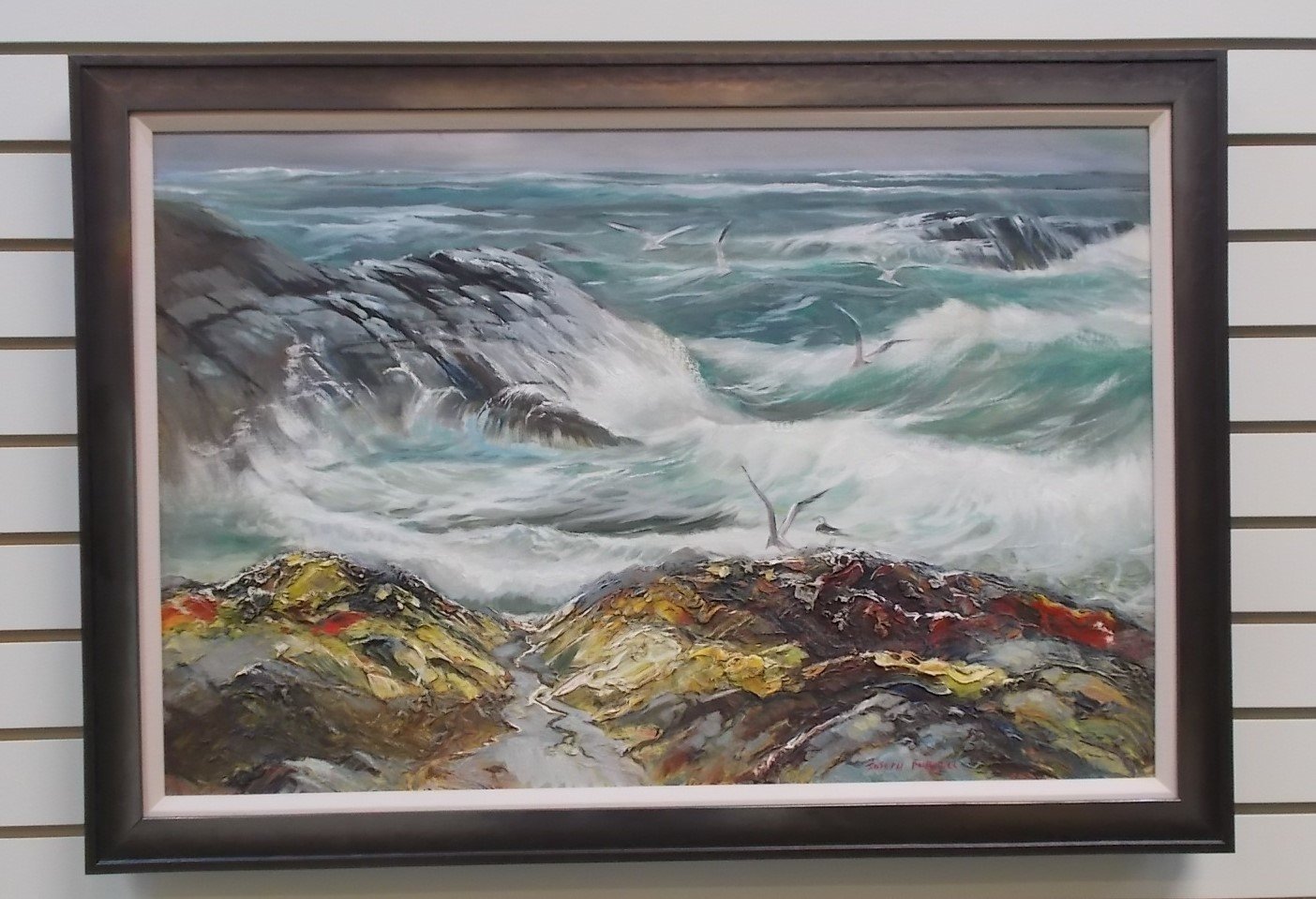 Original oil on board painting measuring 30 x 20 inches, 33 x 23 inches including the frame. The price includes the frame. 48 month lease to own for $106.98 plus hst per month, other payment options are available.

Joseph Purcell Joseph Purcell, born in Halifax, 1927 - 2017, received his art training at the Nova Scotia College of Art. Early in his career he developed a style of his own with dramatic use of light and composition. At the age of 18 he completed three 18 foot murals for Canadian National hotels and at 23 won the O’Keefe Art Award, a national competition. In the same year he was chosen to interpret Halifax for the Seagrams Collection, “Cities of Canada,” which toured major capital cities of the world. In more recent years, Joseph completed a major collection of on-the-spot paintings of gold mines of Nova Scotia, entitled the Seabright Collection, which now hangs at the Museum of Industry in Stellarton, NS. Joseph was privileged to go out on the Grand Banks of Newfoundland with the fishermen of Lunenburg, painting them at work in the years when many schooners plied out of that port. He is still captivated by the sea, ships and the spirit that made the Atlantic fisheries flourish. In his landscapes and seascapes Joseph devoted his full effort to an art that reflects the Atlantic scene. Joseph Purcell’s work has hung in major galleries of Canada, the United States and England. His murals adorn numerous public buildings, historic churches and naval establishments in Canada. Joseph and his wife Tela, an artist also, resided in Lunenburg, NS.