Now exclusive in Nova Scotia to our gallery. Having painted for more than 50 years, Pierre was invited to exhibit at The Louvre in Paris is Dec., 2017. Then awarded a lifetime membership to the prestigious Paris “Society of Arts, Letters, and Science” in June, 2018.

Strongly inspired by the "Group of Seven" Pierre has been painting for more than 40 years. He's been featured in galleries across the country starting in 1986. To read more about Pierre, click here. 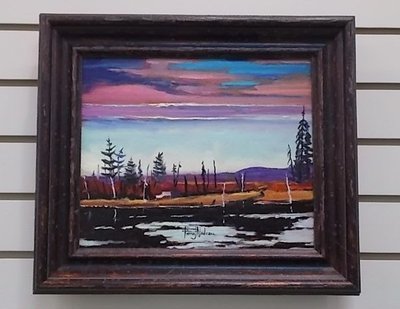 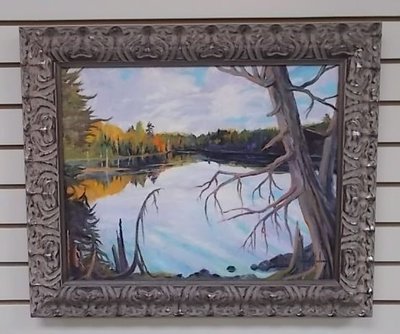 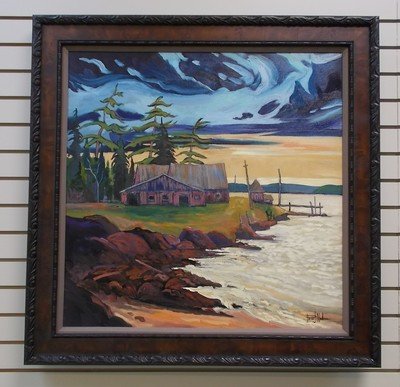 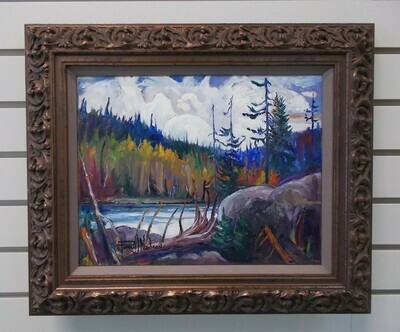 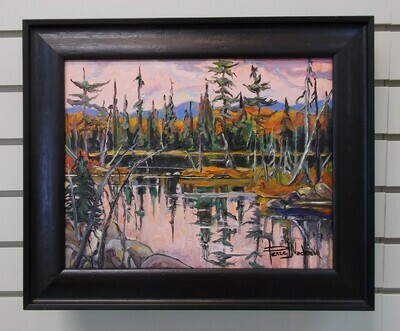 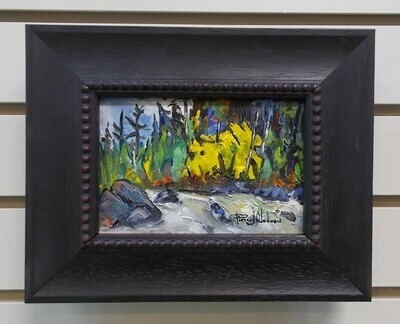 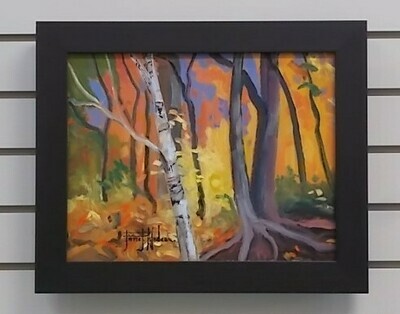 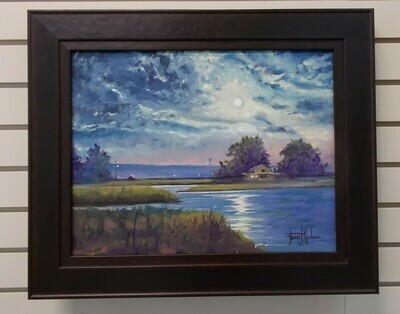 Pierre, who is mainly self taught has painted for more than fifty years and is strongly influenced by the Group of Seven and Tom Thomson. His impressionist style reflects mood, movement, and constantly “the light”. Pierre’s first solo show was at the Laurier Museum in Quebec when he was just sixteen years old. That exhibit had completely sold out and he has over his career displayed in numerous solo and group shows nationally.

He had eight very successful years as curator of “Crombie House” and the Sobeys Art Foundation with the Sobeys being one of his major collectors.

In the spring of 2017 Pierre was invited by the Louvre in Paris to show in Dec. 2017 where his wide recognition resulted in him being awarded, in June of 2018, a lifetime membership to the prestigious society of “Arts, Letters, and Science of Paris”

In 2018, his only solo show, and the first since The Louvre Exhibit, was at Down To Earth Art Gallery. Having presented Pierre’s work as far back as fourteen years we were proud to host this dynamic, highly successful show. It brought together some of his biggest collectors to acquire many of his much sought after works. We were thrilled to able to acquire the three originals exhibited at The Louvre for our customers.

Pierre will be making his decision soon on the location for his European show in 2020 with Down To Earth Art slated to present new works again in a 2020 solo show after his European Exhibit.

Pierre with his three originals at The Louvre exhibit, Pierre in his studio showing his Medal and Certificate for his lifetime membership to the Arts, Letters and Science society in Paris,

Advertising his show with Down To Earth Art Gallery August, 2018

Pierre hanging his show in our gallery.