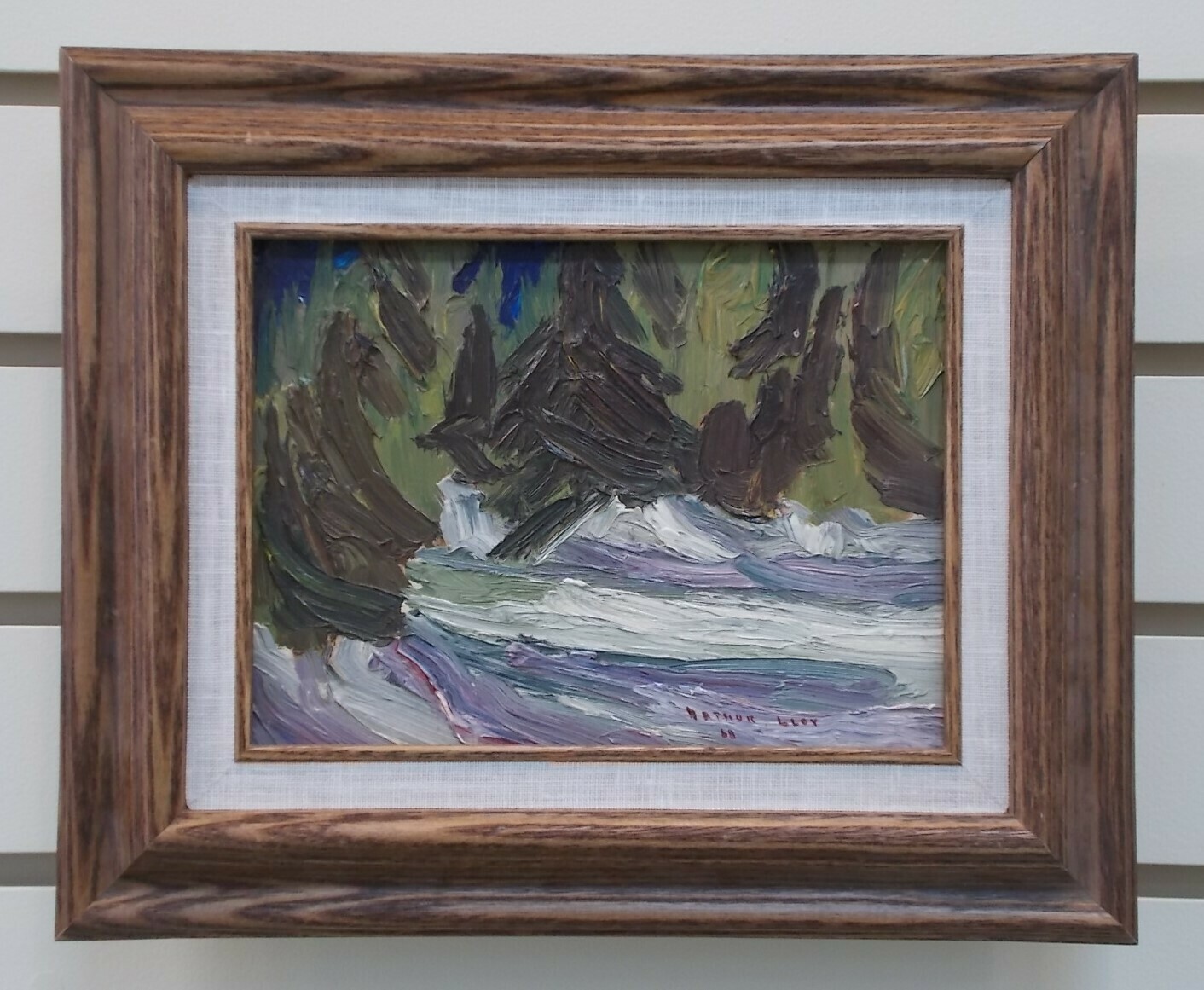 A popular Canadian painter, Arthur Lloy (aka: Arthur George Lloy) was born in Melville Cove (now part of Halifax), Nova Scotia and lived in Halifax, Nova Scotia until his death. His works are in the permanent collections of the Art Bank of Nova Scotia, Halifax; the Art Gallery of Nova Scotia, Halifax; and Dalhousie Art Gallery, Halifax.
His primary medium was oil paint. His most frequent subjects were wilderness landscapes. His style could be described as Expressionism*, Fauvism* or Plein Air Painting*.
His art education includes studies in painting and drawing at the Nova Scotia College of Art, Halifax (c.1958 – 1962) under Marion Bond, Ellen Lindsay and Donald Cameron Mackay; and at St. Mary’s University, Halifax (c.1960s) under Julius Zarand. Lloy worked as a civil servant with the Department of National Defence at H.M.C. Dockyard, Halifax, the home base of the Canadian Navy’s Atlantic Fleet.
Lloy was a member of the Nova Scotia Society of Artists.
Lloy’s works have been featured in solo and group exhibitions at prominent commercial galleries across Canada; such as: Manuge Galleries, Halifax; Walter Klinkhoff Gallery, Montreal; Robertson Galleries, Ottawa; Wallack Galleries, Ottawa; Penell Gallery, Toronto; Kasper Gallery, Toronto; Linchrist Gallery, Windsor; Masters Gallery, Calgary; and, J. Arends Gallery, Edmonton.
Lloy’s work was also featured in a solo exhibition held at the Art Gallery of Nova Scotia, Halifax in 1974 and in the “Nova Scotia Art Bank” exhibition held there in 1983.
Save this product for later