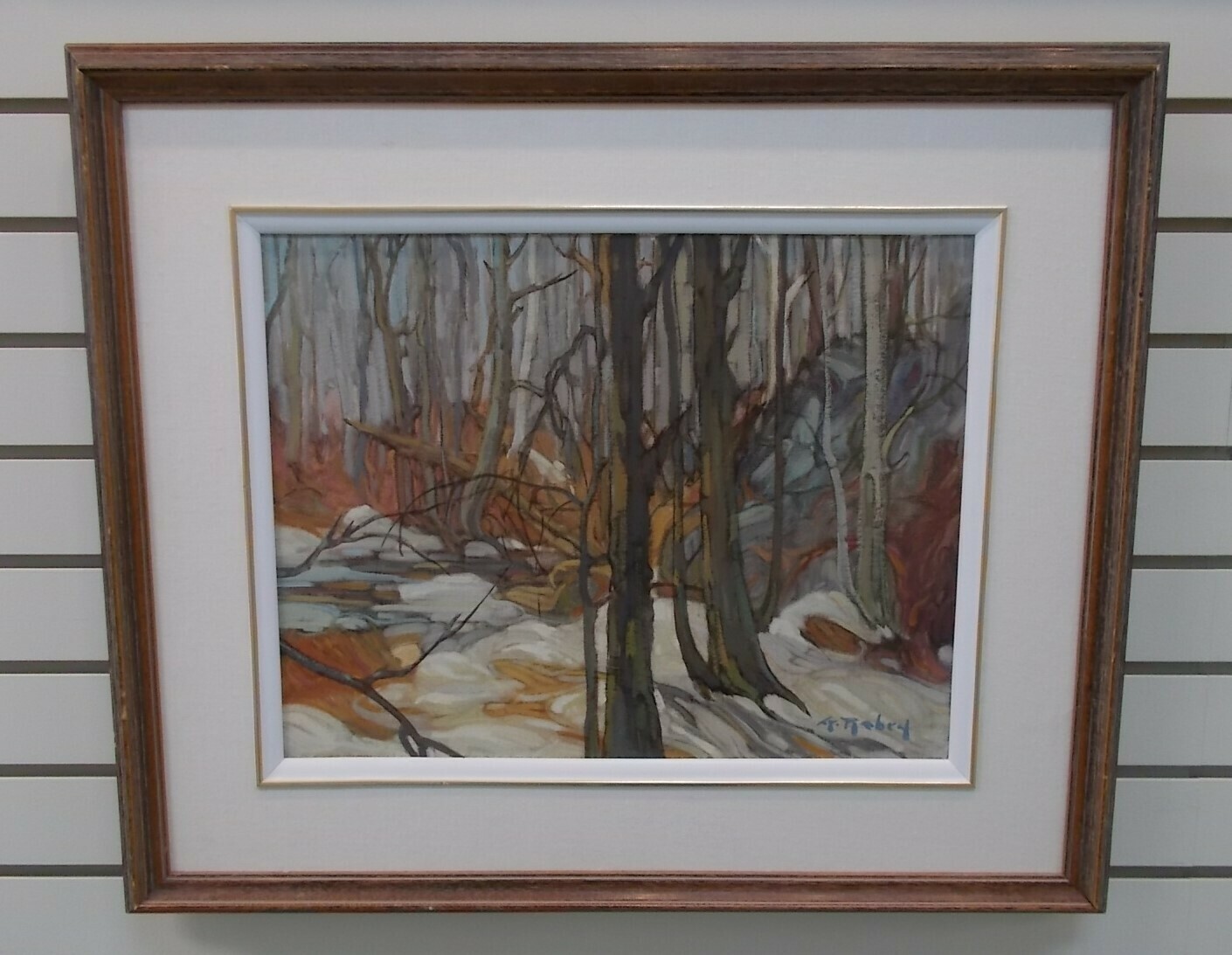 Springtime in the Forest - Gaston Rebry

Gaston Rebry came to Canada in 1954 at the age of nineteen to visit his sister in Montreal after the death of their father. Like his father, Gaston was a competitive cyclist, and had been quite successful in the sport. His love of art and painting was just too strong and he soon abandoned the cycling to study drawing at the Menen Academy. When Gaston crossed the ocean again in 1955, he brought his passion for art with him.

He studied at the École des Beaux-Arts in Montreal, earning his living as a travelling salesman. It took ten years before he became established and was able to devote himself full-time to painting. Gaston Rebry loves nature, lives nature and paints nature. In his early days, he painted houses, villages and even portraits. But for over twenty years now he has painted nothing but landscapes. Like his canvasses, the painter has become one with nature. He paints it the way it was before the first settlers arrived and even before the migration of native populations: a lush, green paradise where the sky, forest and water rule supreme, nature untouched by the animal world.

Rebry is inspired by nature but never copies it. He is fascinated by light, observing it’s every nuance in the water, sky and on the leaves hanging from the trees as he walks through the forest. He makes no attempt to portray nature exactly as he sees it. He reconstructs it, taking out this, adding that, making it more complete. He turns it into something new and unique.

When asked how long it takes to complete a painting, Rebry invariably replied, 40 years. Each painting is the culmination of his experience as an artist and the expression of his life so far. Each canvas reflects nearly fifty years of close communion with nature – a lifetime work and all the hopes and dreams of the artist set in a benevolent landscape.

Canada’s former Prime Minister Jean Chrétien often gave paintings by Rebry to foreign dignitaries and even to Pope John Paul II in 1998. Gaston Rebry was able to express the beauty of his adopted land and he is now among the 50 painters who, according to art investment specialists, have the highest investment potential in Canada.

Gaston Rebry was able to express the beauty of his adopted land and he is now among the top 50 painters who, according to art investment specialists, have the highest investment potential in Canada.