Down To Earth Art Gallery has or have had original paintings by a truly impressive list of artists. From a number of Group of Seven members, to Maud Lewis, Joe Norris, and Indigenous artists like Norval Morrisseau, Daphne Odjig and Benjamin Chee Chee. This list is outside of the artists that we exhibited regularly or periodically over our 26 years. Sometimes it has only been one painting by a particular artist, other times we have been fortunate enough to have multiple pieces by the same artist. All are very collectible, most come to us from people downsizing their lives, or clients simply changing up their private collections. We always require good provenance with any artwork so our customers can be confident with their purchases. Down To Earth Art Gallery guarantees the authenticity of every painting that we sell. 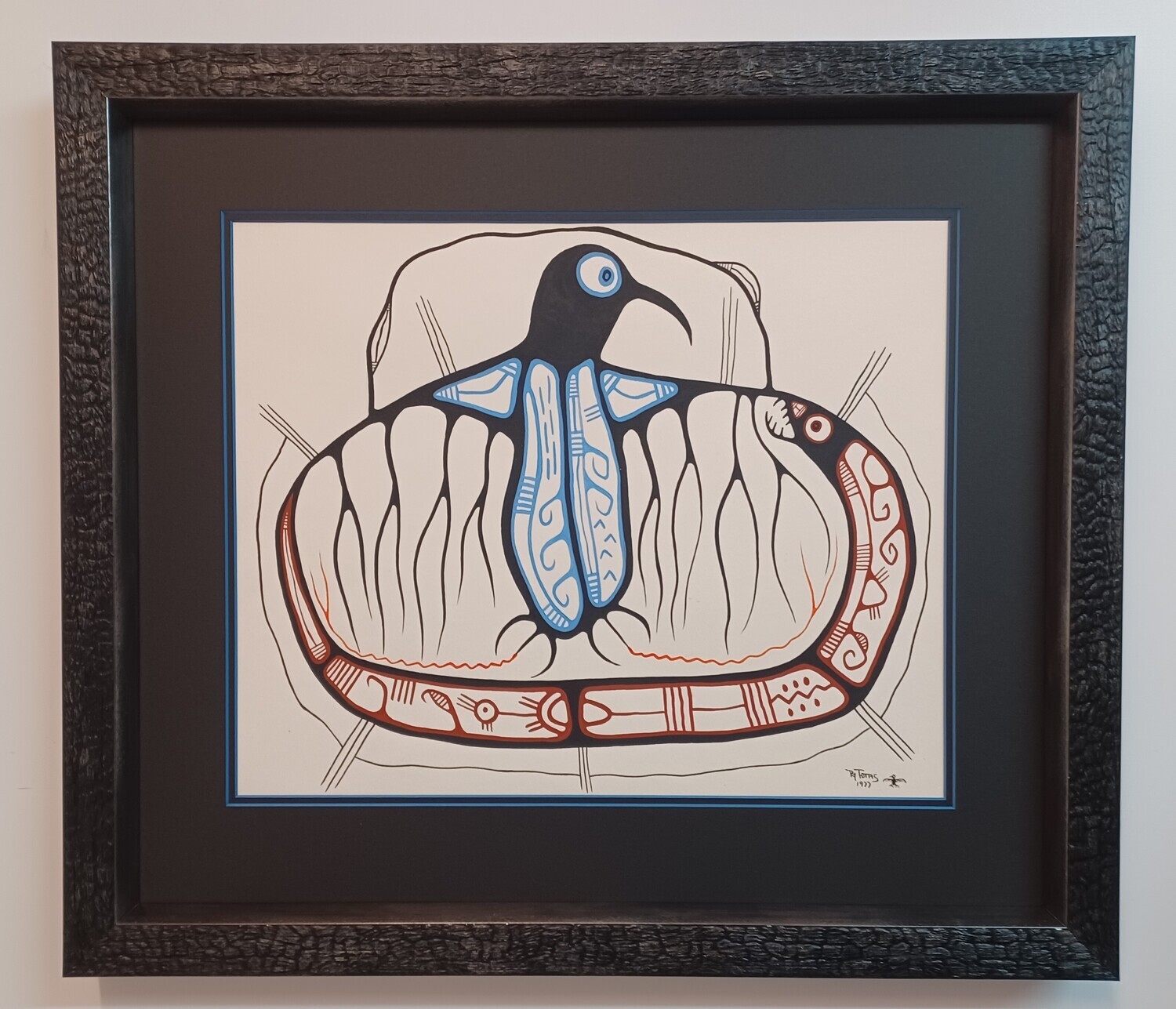 Signed and Dated 1977 on Lower Right

Roy Thomas was a prominent and influential Canadian painter, Roy Harvey Thomas was born near Pagwachuan Lake, Ontario, on a trap line, and grew up on the Longlac Reserve (about 160 miles northeast of Thunder Bay) and died in Thunder Bay, Ontario, where he had lived since 1988. He was raised in the traditional way by his grandparents, who taught him how to be Anishnabe, (a good being). It was his grandmother who encouraged him to draw, so to acknowledge her contribution in his life and her continued presence in his mind, he signed a lot of his paintings with a small crow, the name she had given him.

His name is usually mentioned in discussions about Woodland Art and its modern masters. His works are in several museums including the Canadian Museum of History and the Smithsonian National Museum of the American Indian.

His subjects were from his Ojibwa culture, the animals, birds, fantasy, figures, legends, mythology, humor, social commentary and spirituality. His style is the Woodland School of Art, created by Norval Morrisseau.

Although Roy Thomas Thomas is considered a self taught artist, he was strongly influenced by Norval Morrisseau, who he met when he was only sixteen.. He was an important second generation member of the Woodland School of Art. His work was influenced by the Woodland School pioneers, particularly Norval Morrisseau, but also Daphne Odjig and Carl Ray.

Thomas was the subject of the retrospective "Vision Circle: The Art of Roy Thomas," shown at the Thunder Bay Art Gallery and touring in 2012.