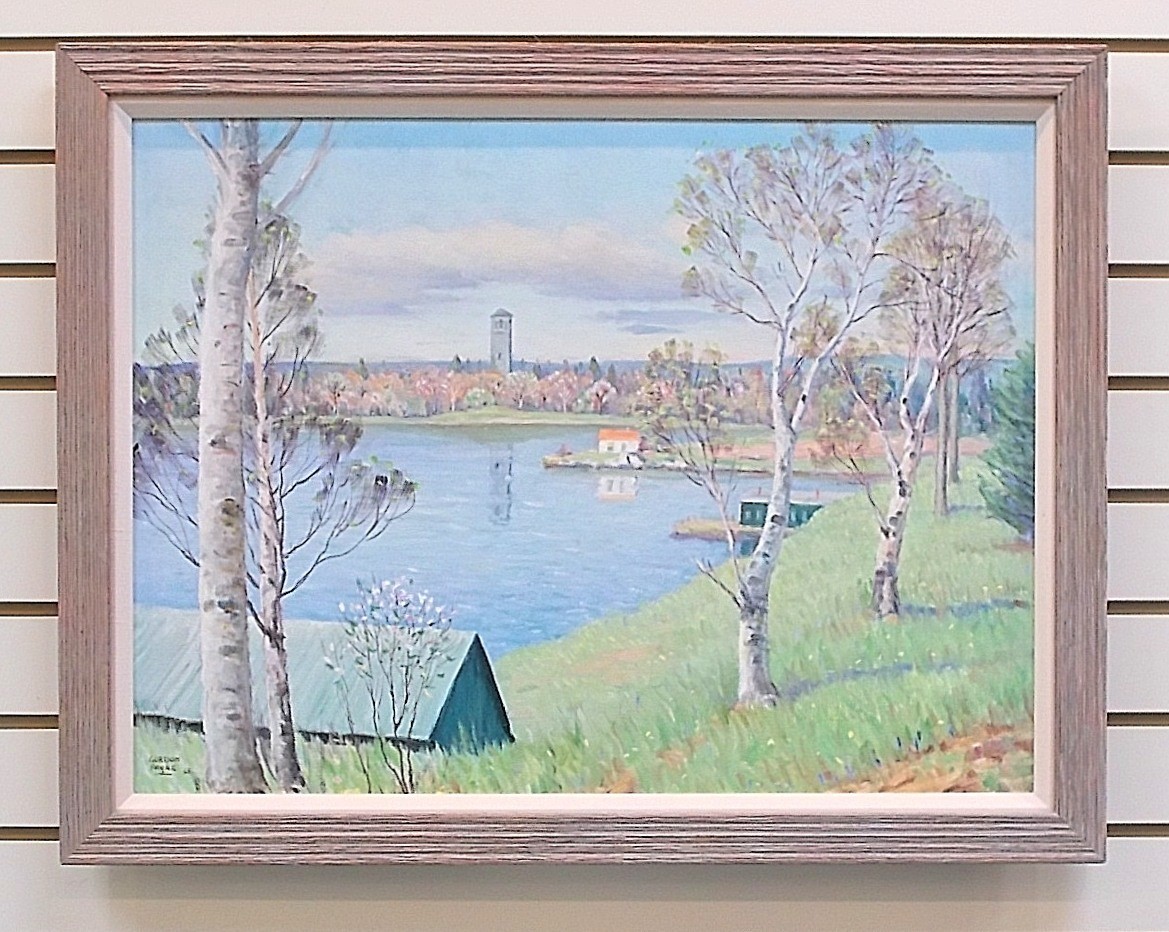 Original acrylic on board measuring 24 x 18 inches. The price includes the liner and frame combination. Free packing and shipping in North America with this item.

Gordon Payne was first introduced to art by his uncle, William St. Thomas Smith (1862-1947) while at work at his easel. Formal studies began at the age of nineteen, when he entered the in . Next, he studied at the of Art, (1910-14) under George Reid, William Cruikshank and Robert Holmes.

Upon graduation, World War One broke out, and he spent the next four years as a signals officer in the Canadian military. He completed his art education at the of Art in 1920.

As an artist, he became known throughout for his landscapes and still life paintings and watercolours. As a graphic artist, he displayed the same qualities of serenity and lyricism in his linocuts and etchings. He was a full member of the Art League of Ontario (1919), the Graphic Arts Society (1921), the Ontario Society of Artists (1925) and the Society of Canadian Painters-Etchers and Engravers (1946).

He was an influential teacher, being a regular instructor at the Doon School of Fine arts (1946-50), and he also operated Toronto’s largest private art school (Payne School of Fine Art) from 1946 – 1958.

His affection for the eastern seacoast of provided him captivating subjects for years, and he could often be found by locals and visitors alike sketching and painting his favorite vistas.

His art is included in the collections of The of , , and the of , . His images have also found their way into many private as well as international collections.