At a young age I developed a love for the human figure and I saw the body as a hanger, a show-piece, for clothing. Hence, I began my career as a fashion designer on 7th Ave. in New York City. After years of designing my fascination with texture, drape, form and movement left me wanting to deepen my understanding and appreciation of the physical body beneath the clothing I was creating. I realized that I no longer wanted to dress the body but to sculpt it. My work and process are intuitive and organic and seek to give life to my clay and composition. With each piece I want to expose the raw and palpable nature of the body and it’s form, be it human or animal. I view my work as an invitation to the on-looker to be enjoyed and experienced through both sight and touch. Each graze or stoke of a hand brings subtle changes to a finished piece of sculpture. At that moment the piece belongs as much to the viewer as it does to the artist. 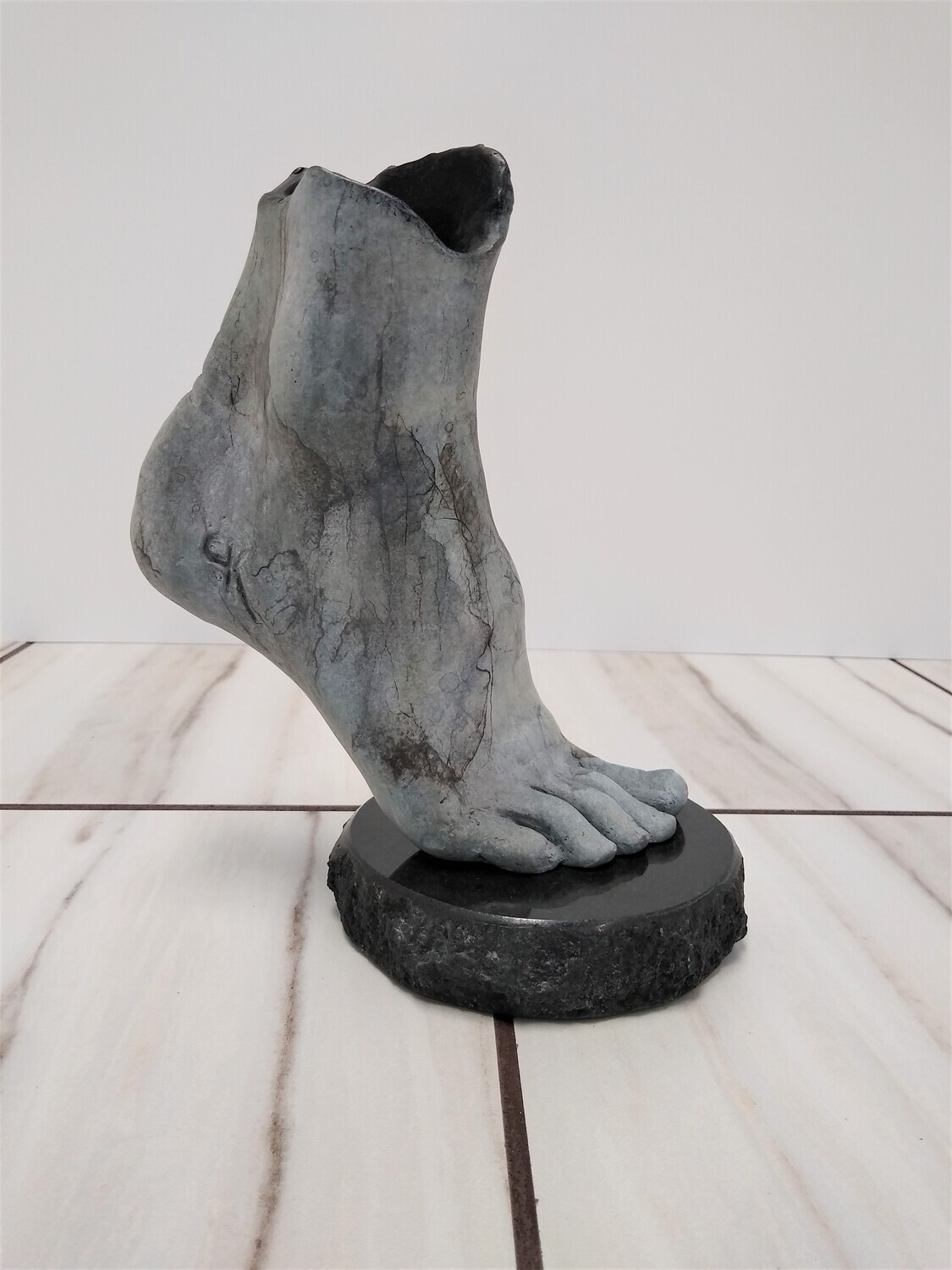 Original Bronze Casting on a Granite Base. Signed with the artist's initials. This unique piece is a one of one casting. Measures 10 inches tall, approximately 8 inches wide and 3 deep.

Born in 1956 Ottawa, Canada Chippie Kennedy is an award winning Canadian-American sculptor living and working in Lunenburg, Nova Scotia. Although she divides her time annually between Canada and the United States she established her permanent studio in the historic Unesco town of Lunenburg in 2016. Growing up in an artistic family Chippie was greatly influenced by family members in the fashion and film industries. With a degree in Fashion Design from Ryerson University Chippie began her career as a designer in Toronto and later moved on to 7th Ave. in New York City. As Kennedy’s fascination with texture and movement grew she turned her attention to sculpture. She found her real voice as an artist in the transition from cloth to clay. As a graduate of the Florence Academy of Art’s, Sculpture Program 2012, (Florence, Italy) she is a classically trained realist sculptor with a focus on portrait and figurative work sculpted primarily from life. She works in water and oil based clays and casts in bronze, aluminum and resin. Kennedy’s work has attracted commissions, both public and private, and has received recognition and honors from National and International organizations. Her work has been exhibited extensively in the United States and abroad and is held in private collections across Europe, Great Britain, the United States, Canada, Mexico, and South Africa.